Deerly Beloved Bakery has been asked by Earthlights Festival to be the official caterer at the festival cafe! This is hugely exciting! The festival is on saturday 22nd October  from 10-5pm at the Stowmarket Centre with a suggested donation entry of £2 which will be going straight to EACH East Anglian Children's Hospice and The Suffolk Wildlife Trust. There will be lots of stalls which a holistic and eco theme, advice on green living, demostrations including African Drumming, Poi and Tai chi and lots more!

The menu my little team and I will be serving is:

Hope to see you there! 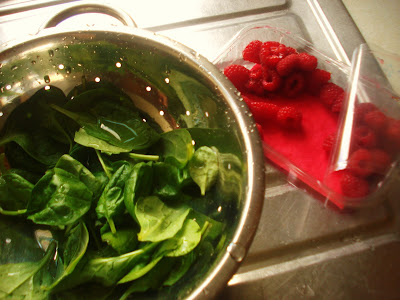 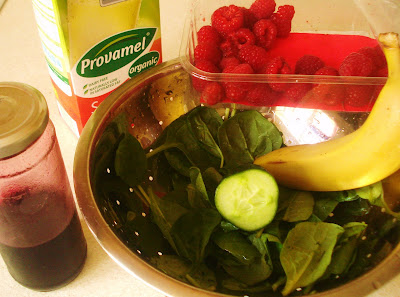 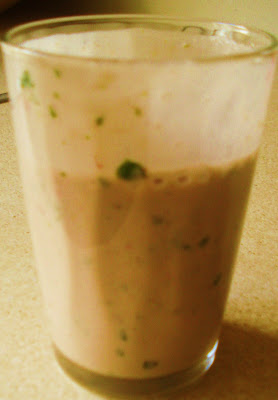 With this strange October summer global warming weather we have happening, I have been feeling a bit sniffly and there is a cold going round my family at the moment, so I thought  I should try and pack some more veggies into my diet! Lets get this straight, my diet is predominately vegetables but I wanted to get even more in! So I decided to make a green smoothie, not a juice. I tend to like smoothies more than juice as it fills me up for longer and I like the extra fibre to chew! But this would work just as well as a juice minus the soya milk! So today I decided to go for a raspberry and cucumber smoothie with a few added sniffle fighting extras!

2 Cups soya milk
4 finger wedge of cucumber
1/2 Cup of Raspberries
1 Cup of spinach
1 small banana
And a tsp of elderberry syrup. ( This is home made but you could sweeten yours with some agave)

Wash everything thoroughly and pop into a blender. Add the wet ingredients first as this will help your blender motor no end! This will make enough for several glass fulls and is a great breakfast or snack alternative! And your sniffles will be gone in no time!
Posted by Deerly Beloved Bakery at 17:15